What is Edible Bird Nest, caviar of the East

Edible white bird’s nests are bird’s nest created by swiftlets bird species using solidified saliva specifically from male swiftlets of genus Aerodramus or Collocalia during the nesting and breeding period from a duo of sublingual glands under the tongue which are harvested for human consumption. They are chiefly prized in Chinese culture due to their scarcity and supposedly high with nutritional value and exquisite flavor. The most prized and expensive Bird Nest comes from Borneo Sabah since the Ming Dynasty trading junks from China will come to trade with the locals. Apart from being a Chinese food delicacy, it also has been a part of Traditional Chinese Medicine (TCM) for more than 1000 years and is believed to have nourishing and healing properties. 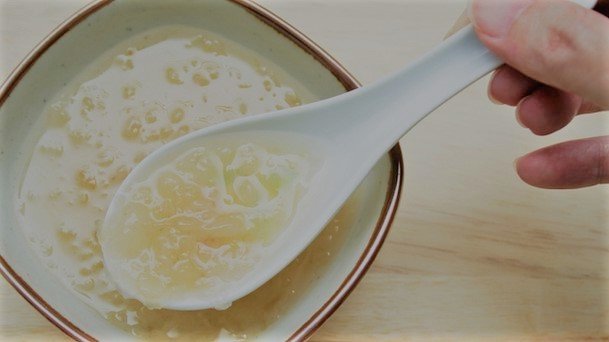 A bowl of most expensive dessert in the world. Edible Bird Nest, nicknamed caviar of the East.

The age old question is as it’s a made from spit from swiftlet , known as cubilose or commonly known as nest cement, is a relatively strong, toughened, combined material made mainly of dried strands of amorphous mucin glycoprotein, in simple word layman term bird spit, what make it so expensive? A low weight and high demand for this prestigious food makes it the most expensive ingredient commonly used in TCM or traditional Chinese Medicine. 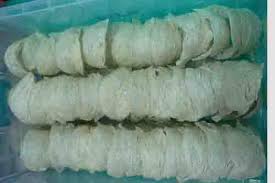 This is the cave wall where the swiftlet build their mating nest up the walls to avoid predator like snakes, jungle cats and also human. 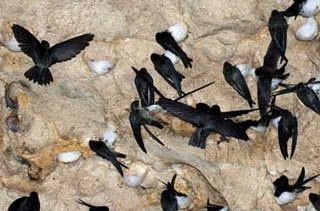 Harvesting Edible Bird Nest is a very dangerous job. It takes highly skilled men to scale the wall with help of suspended ropes, bamboos and harness to collect the edible bird nest. Such a risky job demands a labour premium for risking their life so it actually makes the cost of bird nest higher. 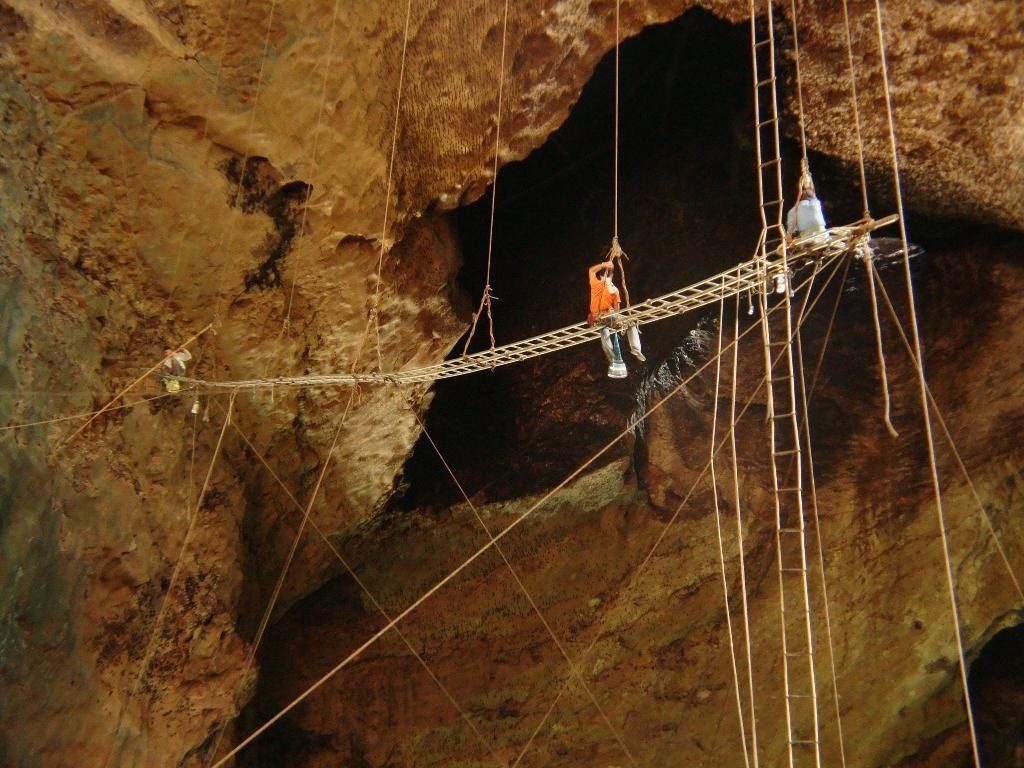 Since Ming Dynasty, it been harvested in Gomantong Cave in Sabah, Borneo Island and transported by sea back to China for more than 600 years.  Chinese traders with the help of local communities and barter traded their goods for bird nest. It was then so prized that Chinese trader traded a lot of goods that the locals of Borneo that risk life and limb to harvest White Bird Nest nicknamed in China as white gold. 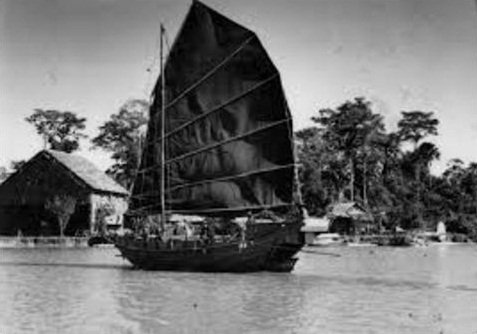 Borneo barter trade has been going on for hundreds of year with the Chinese Empires. 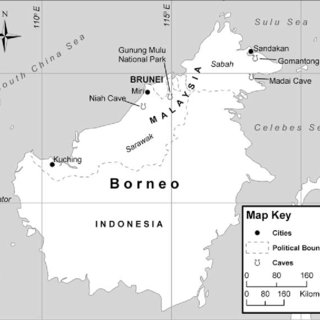 Gomantong, Madai and Niah Cave of Borneo Island has been the centre of Edible Bird Nest Barter Trade for the Past 600 years with Chinese Traders since Ming Dynasty.

It’s an emperor’s delicacy, normally given as a tribute to the Emperors and royal family to be consumed,  it’s rarity makes it  one of the most prized item in TCM. What makes it so precious that Chinese traders put a high value in such delicacy? 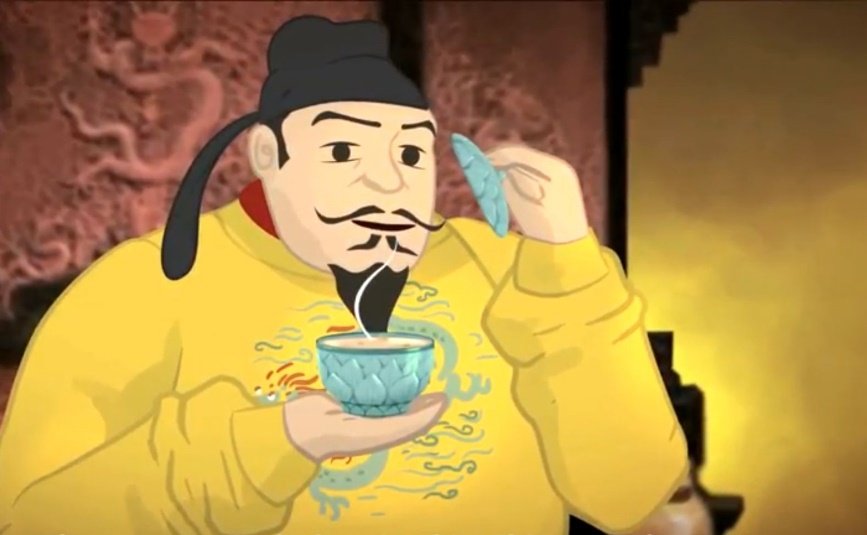 Yan Wo, is one of the most sought after delicacies in TCM Traditional Chinese Medicine.

Who in their right mind would risk and pay such a huge amount of money, to risk their limbs for Bird’s Spit? Gordon Ramsey ithe world celebrity chef on his episode in Malaysia, in search of exotic ingredients went to the Madai Caves and harvested a white bird nest with the help of Idahan Villages which is the guardian and ancestral rights harvest the caves nest since Ming Dynasty. 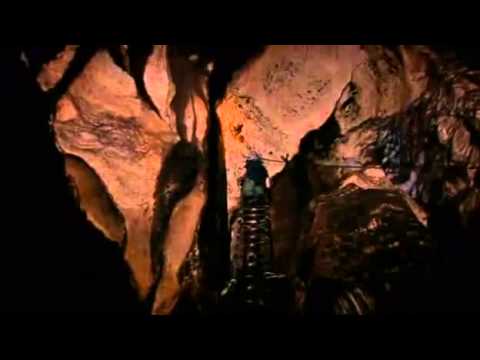 It’s a dangerous scale however protected by modern harness and safety equipment to safety take a bird nest from the wall of the cave. 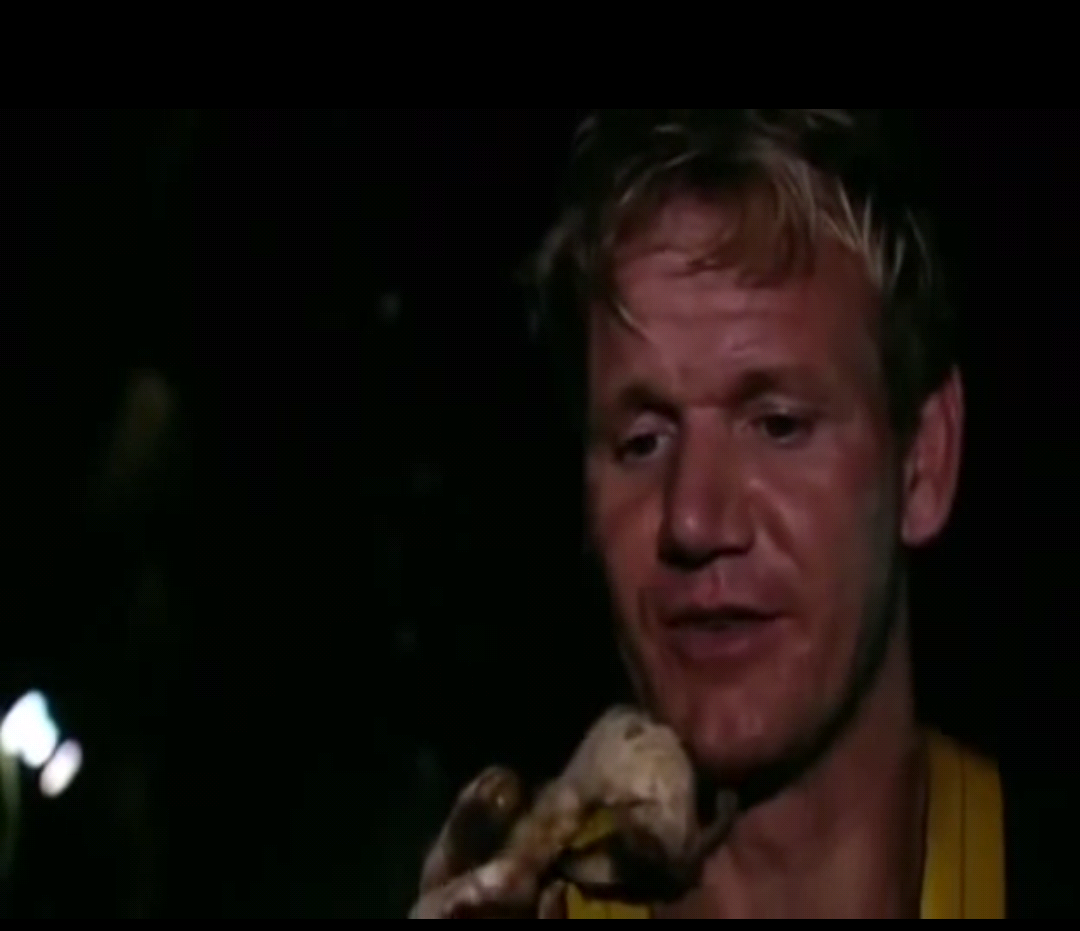 Edible Bird Nest is the Caviar of the East. Chef Gordon Ramsey on his quest for exotic ingredients in Malaysia.

A white nest freshly harvested from the cave of Madai, a single piece whole nest as in his hand may cost up to USD 6. A normal recipe to make edible bird nest soup may require up to at least 3 of those in his hand to make single bowl. 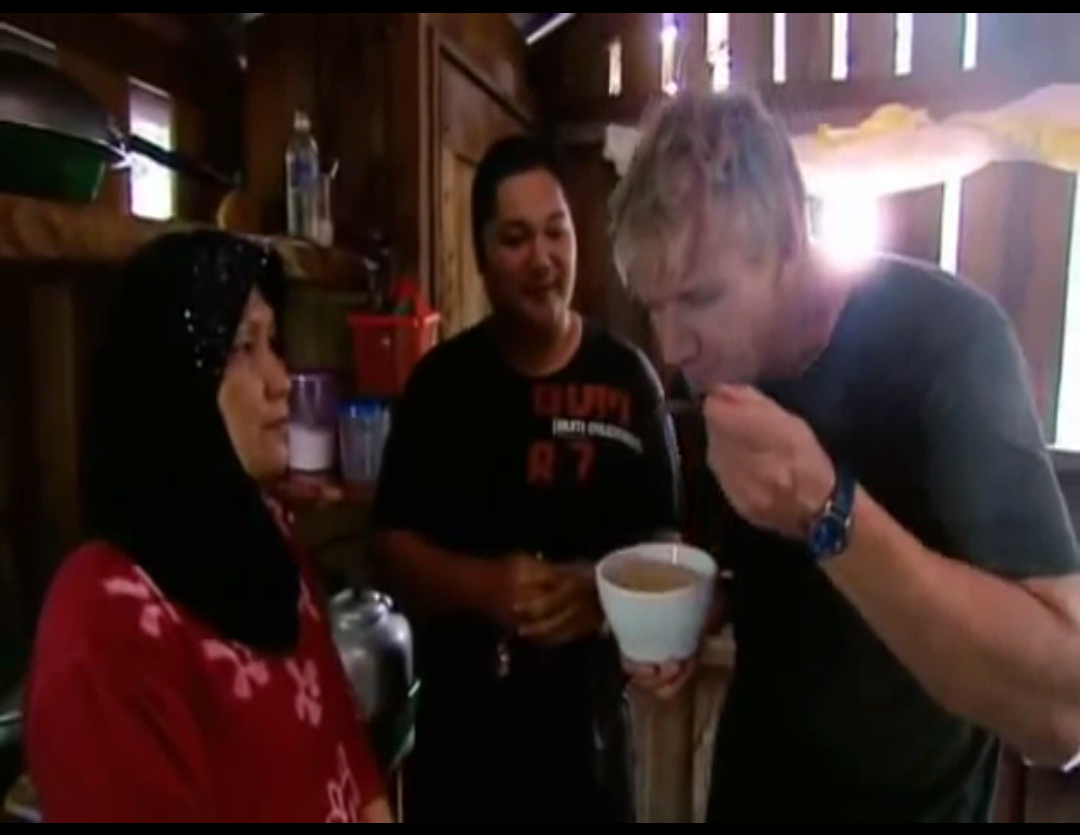 Chef Gordon tried edible bird nest dessert commented its properties as jelly like to make the world’s most expensive dessert.

The bowl of dessert Chef Gordon Ramsey is eating is boiled for 4 hours and sweetened with rock sugar, a simple Chinese recipe which is the most traditional way of consuming bird nest. This is served normally as a dessert, in restaurant can cost up to USD 30 per serving. 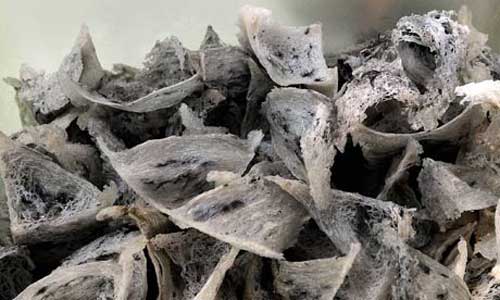 The Edible Bird Nest chef Gordon drinking in raw actually After harvesting raw edible bird nest, a process of cleaning to make it edible involve a long and manual process to remove its impurities, basically feathers, dirt’s, bird droppings and other impurities.  The price of edible may double or even triple after cleaning and graded according to its purity. 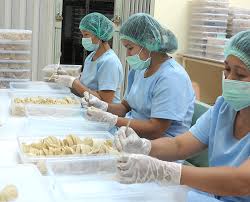 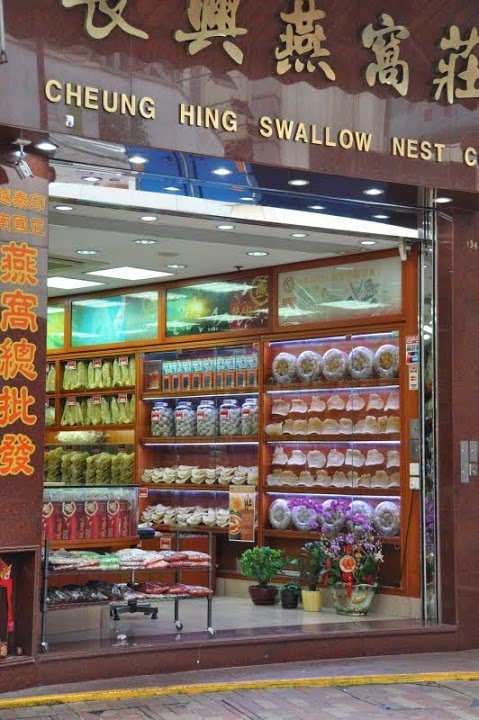 Hong Kong is the single biggest Edible Bird Nest Market. Billions of global trade flow through this market. This has led global surging demand, as the quality and prosperity of China, a surging middle class and affluent Chinese has started to consume Edible Bird Nest. Here where demand starting in the 1990’s demand for Edible natural Cave bird nest outstrip supply. This has led to supply glut, with a rising demand, price of edible bird nest surging from early 1990 from USD 500 per Kg going as high as USD 2000 per Kg for clean edible bird nest. To cope with the demand, new techniques for swiflet farming has been invented in the early 2000. Now instead relying onto wild cave harvested edible bird nest, countries in South East Asia, namely where the black swiflet normally are found, a new way of swiflet farming technique has mushroomed. Enter the billion dollar industry enters a more sustainable phase, where overharvesting of cave nest has decimated the population of edible bird nest in certain natural caves, instead it was restored due to the introduction of swift et farming techniques. 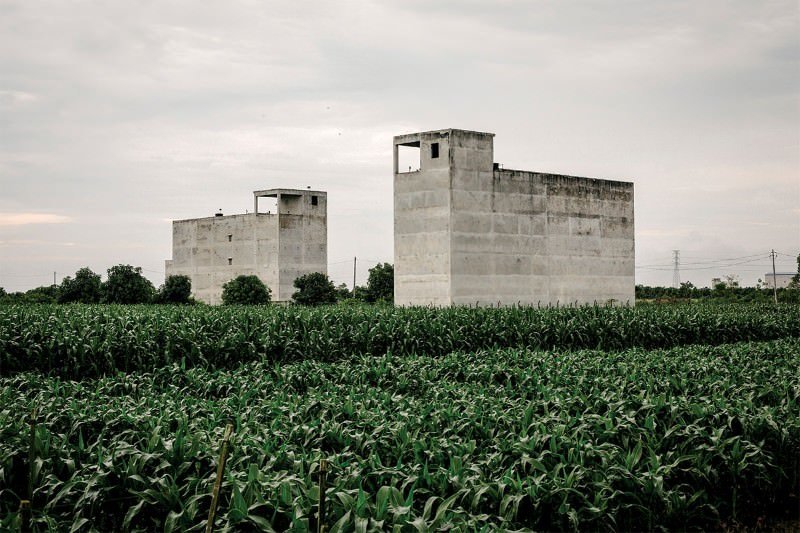 In Malaysia for example, there been a huge support from governmental bodies to support the swiftlet farming, ways to induce black swiflet to mate and make nest in these man-made house to mirror the natural habitat of cave nest to allow switlet to make shift home and promote colony of swiftlet to start building nest and breeding inside the swiftlet house structure. In Malaysia, the market is huge as the traditional cave harvest cannot cope with the demand of edible bird nest, a huge industry of swiftlet farming, from around 1000 houses in the 1990’s it surged to 50000 around South East Asia predominately Thailand, Indonesia, Malaysia and Philippines.

It brought an arraw markets, from a simple dessert for the rich now a whole range of product has come a long way on how to use the benefits of edible bird nest. From the nutraceutical industry for its health benefits, pharmacy and supermarkets from China to South East Asia mostly carrying 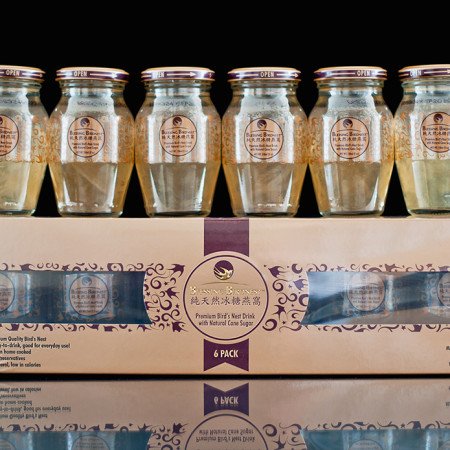 There is also other more potent form in instant form which is ready to serve and gaining popularity to reduce cooking time while reaping its regenerative benefit. In addition, the The cosmeceutical industry also seen a raise in products which is enhanced or added with edible bird nest 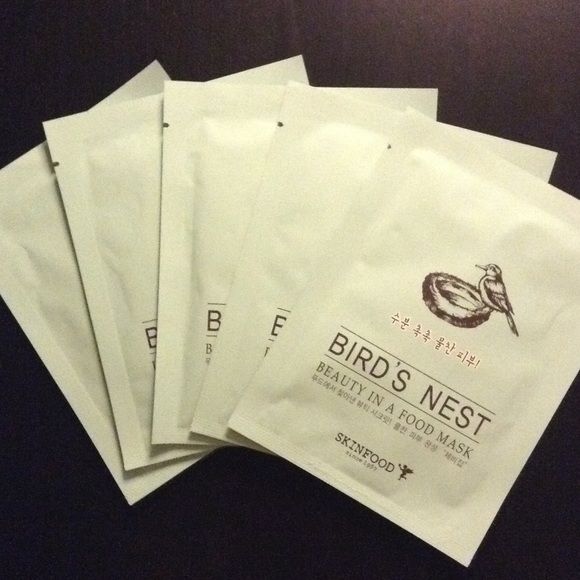 All of this is to ride the wave of Chinese market affluence a surging middle class of Chinese Consumerism. Cosmetic giants from Korea, Japan and Europe also riding the waves to produce their own range of product based on Edible Bird Nest. 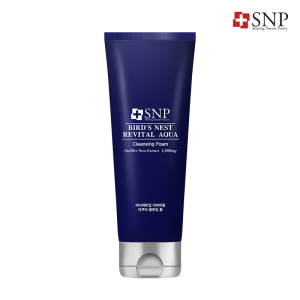 What is the future hold for edible bird nest? According to statistics, China’s edible bird nest has only captured about 30 % of its consumer and the demand is still outstripped its supply as China growing market. From statistic it’s a 5-Billion-dollar market in 2017 for edible bird nest in raw form, however the demand for Edible Bird Nest for Pharmaceutical, Nutraceutical and Cosmeceutical has barely been touched as more research and development to make this ancient remedy to move up the value chain.

So What is the science behind this delicacy? Is it a superfood that makes this age old ingredient such an expensive delicacy or just a fad?

The next article will be the one we explore on the health benefits of Edible Bird Nest.  It will be focused on the traditional approach and modern information on the benefits of Bird Nest. Edible bird’s nest is one of the most famous and nutritious superfood which are the most highly prize among... read more